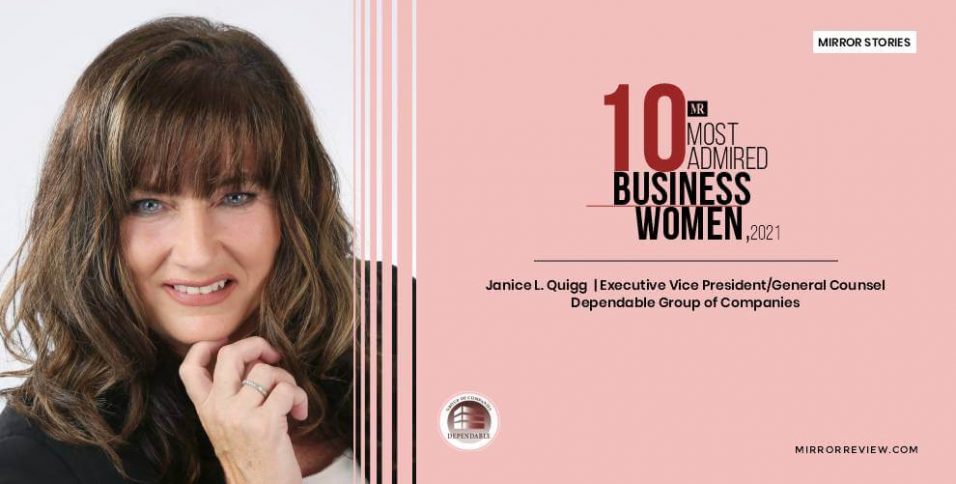 One example of compassionate leadership and remarkable achievement in the construction industry is portrayed by Janice L. Quigg (Executive Vice President/General Counsel at Dependable Group of Companies). Janice reflects the persona of a strong leader fulfilling higher-executive roles and is considered an inspiration for many women.

Janice had been practicing as a construction law litigator for most of her private practice law career and was looking for a change. In 2019, she secured the position of in-house counsel at Dependable, however, her position quickly expanded to a senior leadership role. Janice became more involved in risk management, contract review, and team-building, and was promoted to the position of Executive Vice President/General Counsel shortly thereafter in 2021. Her promotion is further evidence of the strides made by the construction industry in promoting women to leadership positions.

Mirror Review recently had the opportunity to indulge in a conversation with Janice during which she defined her role at Dependable and elaborated on the various facets of women leadership within the industry. Following are some snippets from the insightful conversation.